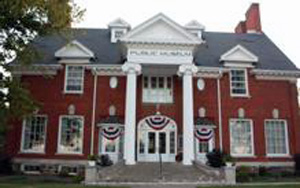 The main museum building was originally constructed as a Carnegie Library with a $15,000 grant from Andrew Carnegie in 1905. It housed the Antigo Public Library until 1997 when the Library was moved to updated quarters and the building become the Langlade County Historical Society Museum. 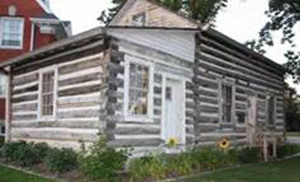 The Deleglise Cabin
Francis Deleglise's family built the cabin in 1878. The cabin originally stood on the west bank of Spring Brook, near what later became north Superior Street (Highway 45). A few original artifacts in the cabin included furniture pieces, pictures and Deleglise's tripod and surveying equipment. The cabin is located on the grounds of the Langlade Historical Museum. 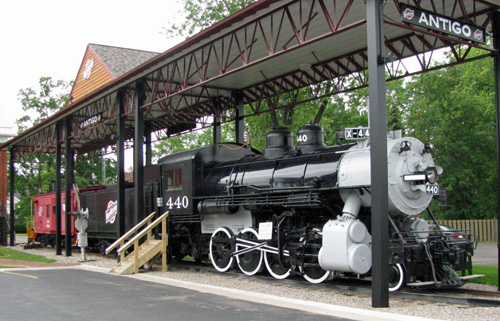 440 Locomotive and 1956 Caboose
The 440 locomotive with tender is located outside of the Langlade County Historical Society Museum. The 440 locomotive is a 2-8-0 Baldwin constructed in 1900, the last steam engine to travel through Antigo in 1957.

The Elcho Historical Society is fundraising for a future museum for the public to enjoy and learn about Elcho’s great past.

The Elton Schoolhouse was constructed in 1912. It showcases the village of Elton’s unique history. The village is named for Elton C. Larzelere, whose father Charles was instrumental in the organization of Langlade County in 1879, and the Evergreen township. The building also served as the Evergreen Town Hall. It is now a community center and a museum of local artifacts, including a chalkboard signed by residents & visitors who attended the school.

In May 1905, $900 was raised to build the school. The school was operational for 57 years, under 31 different teachers. The doors were closed in 1962 when the schools were consolidated into the Antigo Unified School District. The school was moved to the Langlade County Fairgrounds in July 1963. 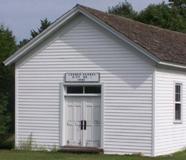 Located at the corner of Highways A & B in Neva Corners, the Old Corners School is the first frame schoolhouse in Neva. It was built in 1883 by settlers who cut the lumber on site. At one point the school housed 90 students. In 1979 the Old School Restoration Committee began a project to refurbish the schoolhouse with the re-dedication during Neva's centennial in 1983. 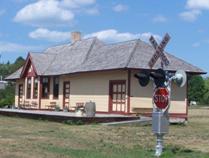 The museum building was originally known as the "Whiskey Northern" depot built-in 1907. The Wisconsin & Northern Railroad moved the depot to White Lake in 1916. In 1996, the building was slated for replacement. White Lake formed a Historical Society and moved the original building to a village lot. The restored Depot Museum consists of 132 feet of track with a Pede car and car house. The museum displays the original railroad, logging, farming, lumber and flooring mill, and community artifacts. A small donated narrow-gauge boxcar on a narrow-gauge track was added in 2018.